I just read Will Manley's column, "Graphic Novels," in the 3/1/'13 issue of Booklist. Here: LOOK AT IT.
It's not that long-- go back and read the WHOLE THING. I ask so little.
Okay, FINE, I'll just include pertinent passages from it.
Manley is off on a tangent based on the writings of Garret Keizer, an essayist and educator. Apparently this Keizer dude went back to teaching in the classroom after many years away from it. He was struck by the differences, and says of the library:

The library looks like a NASA control center in which the controllers occasionally spend their break periods with a book.

Teens are addicted to texting, libraries are beginning to look like NASA control centers, and there is a sharp spike in the number of teens suffering from attention-deficit disorder. Is it any wonder that there is a growing aversion to reading among young people?
I was like, "Right on, you old coot!" I'm glad to see someone referring to the overly-digitized look of newer libraries in a critical way. Most people seem to think less books and more devices in the library automatically indicates cutting-edge progress. I HEARTILY agree that what it means is more distractions and a swifter decline in attention spans.
A well-equipped computer lab is a great thing. But that's not what our LIBRARIES should be turning into. They are two different things, and should be kept separate, for EXACTLY the reasons Manley (via Keizer) points out.
Manley continues his rant about the growing aversion to reading:

It's a natural consequence of digitization. We live in a culture in which multitasking trumps unitasking. Reading requires unitasking. You can't text, check your e-mail and chat on the phone while reading a book.
Again, I practically cheered out loud when I read that. It's so simple and obvious, but I'd never seen it stated so clearly in just that way before. I feel like anyone who is involved in decision-making for ANY library should HAVE to read this article. The idea of technology actually INTERFERING with young people's ability to focus is particularly important when it comes to SCHOOL libraries.
But then Manley goes on a rant about "new library media," such as comic books and video games (really? I don't see video games being treated as library media. Yet.) He disputes the theory that you can "hook" kids with stuff like that, get them into the library, and then get them reading actual books with literary merit. He says:

Put a graphic novel into a kid's hands, and he'll want more graphic novels. He won't want LITTLE WOMEN or even LITTLE MEN.

Well, duh. I wouldn't start with dusty old classics like that. I've had a great deal of success in my 18 years in the school library at transitioning kids from comics to novels. For example, if you have a student who keeps re-reading the Bone series by Jeff Smith, you might suggest s/he try something like Flanagan's Ranger's Apprentice series. If a kid is really into Naruto and other action-packed manga, put Jeff Stone's Five Ancestors series in their hands. And don't DISCOURAGE them from reading comics, just encourage them to read other things as well.
The last couple paragraphs of Manley's article make him sound like a bitter old man waving his cane around and yelling at all the young'uns to get off his lawn and out of his library.
He's very derisive of "younger youth librarians," who have, "not surprisingly, been trained online, who do not perceive any inherent value in serious reading. In fact, they believe that libraries should be value neutral and simply cater to the whims of pop culture and give kids what they want, not what they need." 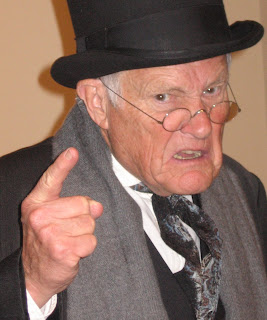 Despite the raving and cane-shaking, I did really respond to that last sentence, and the term "value neutral." That's scary, and it's something I try very hard to balance carefully in my library. I keep a constantly updated and extensive wishlist for the library on Amazon. Whenever a student asks for a book we don't have, I immediately add it (if appropriate) to the wishlist, with notations if it's for a specific assignment or whatever. But I ALSO regularly go through several professional library review journals, and add books to the wishlist that seem to have literary/educational value.
We get almost no funding for books at all, so when I DO have a few measly scraps of cash to order books with, prioritizing and paring the order down is really tricky. I try NOT to be "value neutral," but still provide enough of the really popular stuff the kids are clamoring for, even when it seems really stupid to me, balanced by a few highly-reviewed nonfiction books and literary award-winners, and other books "of value" that I can recommend.
It's hard to be conscientious and do all of that assessment and interacting with students when my school district has cut ALL of the site Librarians, and it's just us lil' ol' classified Library technicians now. I happen to be one of the few lucky ones who actually had some library experience coming into this job.
But now I'M ranting.
Anyway, Manley's article gave me a lot of food for thought.
But I wish he hadn't ended the article by snidely insulting comic books and graphic novels with passages like this:

...let's admit that the term GRAPHIC NOVEL came into being as a clever euphemism for COMIC BOOK.

Now, you listen here, Mr. Fancypants Booklist Columnist, sequential art is not something DIRTY which needs to be disguised in a euphemism. The term graphic novel is meant to indicate that it's a work of sequential art storytelling that has a connected story arc throughout and is bound like a book, not just stapled like single-issue comics.
And I'm not just saying that because I happen to be a writer and illustrator of comics and graphic novels when I'm not working in the library. It has nothing to do with that.